If you are like me dreading that “time of the month” due to the excruciating lower abdominal pains due to menstrual cramps, then this piece of information is for you. I have an amazing remedy which works wonders for me. I learned about this remedy from my grandmother and I have no idea why it works but it does. Its a very simple remedy which works almost instantly. It’s Cinnamon Tea.

What you would need to do is to place a small pan of water to boil and add one or two pieces of cinnamon sticks to it depending on your taste. You allow to boil for about two minutes or until the water becomes a reddish brown color. You then pour into a tea cup and sweeten to taste. And that’s it. You drink this when you feel the pains coming on and in a matter of minutes you will be wondering where the pains went to. It am amazing remedy and works better than any painkiller and it’s totally natural. It works for me and I hope it works for you as well. 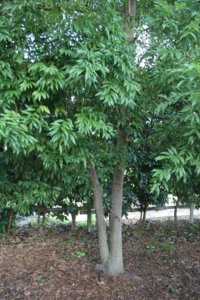 Thanks CKJean for sharing your experience using cinnamon tea for menstrual cramp relief. It is nice to know it really did work for you and produce the desired results

Though cinnamon has not been officially desired in standardized medical research for the specific treatment of menstrual cramps, its effects have been studied and proven for lowering blood sugar and for some disorders of the stomach in diabetic patients. This alone, that it has been tested on standard medical research and found to have some clinical effects and acceptable side effects profile makes it a good one at least to start with.

Like any herbal therapy, there are always concerns about safety and effectiveness. At times in the clinic, I have had women like you who report having some significant improvement with a herbal therapy and you can see that they are better. That is really what you want as their doctor, that they are fine! But the worry then comes up about their side effects over days or even months with long term use.

I think cinnamon tea is worth a try by women who are having cramps difficult to handle or control, especially that it is already tested medically with acceptable side effects in other areas.

Just a word of caution however. It may not work for every body. That is the strange thing with some of these things. It may work for you and not for others. However, it is worth a try. And you may want to consult with your doctor if you are having other medical conditions or receiving medications.


Join in and write your own page! It’s easy to do. How? Simply click here to return to Menstrual cramp relief tips.