Mid cycle
bleeding is bleeding that occurs around the middle of the menstrual cycle,  which coincides with the time of ovulation.
It is therefore called ovulation bleeding or spotting during ovulation. Should
I worry about this?

What Is Mid Cycle or Ovulation Bleeding?

It occurs in
about 10% of all women, and   most  often occurs in adolescent and  in women in the perimenopausal  period. It may occur alongside mild   lower abdominal
called ovulation pain.

When Does
Ovulation Bleeding Occur?

It usually
occurs about 10 to 16 days after the last day of menses and can last from 12
hours  to a maximum of 1 to 2 days.  Remember that the  day of your mid cycle is not always Day 14.
The date of ovulation depends on the length of your cycle.  Unsure about your date of ovulation? Check it
out here  Ovulation and Menstruation. 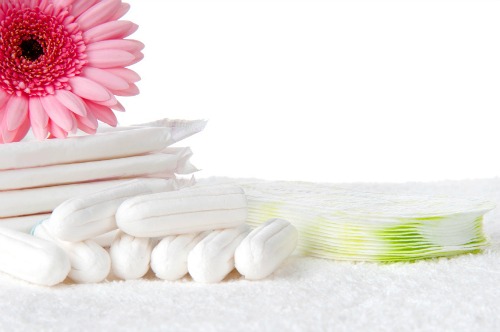 Am I Having
Ovulation Bleeding?

This is a
frequent question from women visiting this site who are  trying to figure out if the bleeding they are
experiencing is the “mid cycle bleeding”. These are some key features of
ovulation bleeding to keep in mind:

That is why the term ovulation bleeding might
be better appellation because it clearly  links the bleeding as due to  ovulation. Get the quick facts about ovulation.

What Causes
Bleeding During Ovulation?

The most
acceptable explanation for spotting during ovulation is low estrogens levels
that occur during ovulation. This causes the endometrium  of the uterus  to decrease in thickness leading to bleeding.
This means the bleeding is coming  from
the uterus.

Alternatively, it has been proposed that the
bleeding comes from the ovary that has ruptured to release the egg and
therefore lead to mild bleeding through the fallopian tubes into the uterus.
Some have even suggested the cervix as the source of the bleeding.

Spotting
during ovulation is not a disease. You have to distinguish it from  more serious  causes
of abnormal uterine bleeding.

As mentioned
above, the first step is not to mislabel an abnormal bleeding as ovulation
bleeding which may delay seeking necessary medical care. Mid cycle bleeding  does not
usually require treatment. You may take simple analgesics to control any
associated ovulation pain if necessary. If you think the bleeding requires treatment,
it is more likely that it is not ovulation bleeding and I would suggest you see
a doctor.

Suspecting your bleeding might not be ovulation bleeding? See other causes of abnormal uterine  bleeding.

Not still sure what think of, talk less  do? Ask Doc!