More than 150 PMS symptoms have been reported. Well, don’t
get freaked out! Only a few of these symptoms are frequently seen.

This article  presents
the three groups of symptoms of PMS, together with tips on its definition and
treatment.

PMS is a collection of symptoms related to  the menstrual cycle which cause significant
distress and/or problems getting around with routine daily activities.

Initially, PMS was thought to be “all in your head”. Today,  it is a somewhat  defined medical condition that requires
diagnosis and treatment. 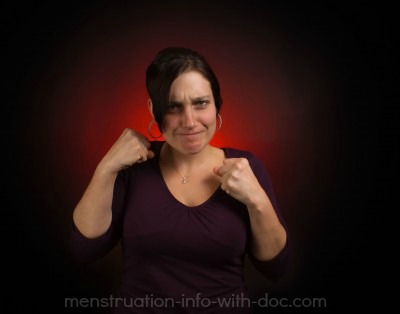 There is no single known identifiable cause of PMS.
Furthermore, the exact mechanism by which PMS occurs is also not fully known. A
lot of research is still going on.

Nobody likes this! Neither the woman with PMS nor the
doctor. I sometimes feel embarrassed when my patients  take a deep breath and ask, “how come you
guys don’t know the cause yet?”

As noted above, there are more than 150 reported symptoms of
PMS which can be grouped into three- emotional (mood), physical or
behavioral

Some Facts To Remember

Some key features to note about these symptoms include

There is no laboratory test or unique physical findings to
confirm the diagnosis of PMS. Diagnosis should not be made at home. Please see
a doctor if you suspect you might be having PMS to establish the diagnosis and/or
exclude other related causes.

To help with diagnosis, symptoms have to be charted for about
2 to 3 cycles.

Though there is no cure for PMS in terms of complete
eradication, there are some strategies which are effective to provide some
relief for most women. These generally include lifestyle measures and
medications.

If you want more
technical information on this, please consult the two selected
resources below

1.      American
College of Obstetrics and Gynecology